Gottleib was not known for focusing on food issues during his tenure.… More In case you missed the 2018 Food & Drug Law Institute (FDLI) Annual Conference last month, the FDLI has given us permission to share the book everyone received at the conference, discussing the top food and drug cases of 2017 and cases to watch for the rest of 2018.  I was honored to edit this volume for FDLI.  The link to download the book in PDF form is here. … More

Advertising and Marketing Law Content at the FDLI Annual Conference

This week, May 3 and 4, the Food and Drug Law Institute (FDLI) holds its Annual Conference in Washington, DC.  FDLI (I have heard insiders pronounce it “fiddly,” but I refuse to do so) covers all aspects of law and policy affecting food and drugs, including Food and Drug Administration (FDA) enforcement, intellectual property, state and local regulation, and the latest technological developments.  This year’s conference,… More In the course of my career, clients have often asked for a nutshell summary of the key principles guiding the Federal Trade Commission’s (FTC) action in the food and dietary supplements industries.  Two decades of experience have brought these principles into clear focus and have provided a vantage point from which to assess the risks of non-compliance.  While by no means a substitute for legal advice, the short summary below will,… More 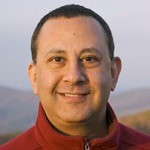 The last few months have brought an abundance of riches to Foley Hoag’s Advertising and Marketing Practice Group.  After expanding the group with the addition of August Horvath in New York, we are pleased to welcome nationally recognized FDA expert Mark Mansour to Foley Hoag’s Washington, D.C. office, where he will complement the firm’s existing FDA expertise and bring decades of experience to a fast-growing practice.  Mark’s expertise is broad,… More The Food and Drug Administration (FDA) has finalized guidance for industry describing the agency’s evaluation process for proposed proprietary names for drug and biological products.  The guidance applies to all prescription and nonprescription drug products, innovator and generic drug products, and biological products.  Drug products that may be legally marketed without an approved application are excluded (e.g., OTC drugs legally marketed under a tentative or final monograph). … More